The Journey Home: The Trip To University

In my last post I laid out my emotions on having to move back to the US. Of course, there are always more things to do to get ready for the big move. One mission we had to get done was to get my oldest son Nick settled into university. Sounds easy right? Well, our family never does easy.

We left late in the day for our three-hour trip to Heidelberg, Germany. It was the road trip I never got to take when I was younger. Now, I was taking the trip with my two sons Nick and Joey. It was a happy and sad day because the rest of the family would be heading to Texas and Nick would be staying on in Germany to attend school at Schiller International University. How fast time has flown. I still imagined him the little boy wo loved to make things out of anything he could find. He looks so much like his dad, but he acts so much like me. He reminds me of the young idealist I was his age.

Heidelberg is a large city north of Bavaria. Needless to say, even with the GPS we got lost among the streets and   homes. We roamed the city looking for the school which had moved to another place. The old building was in an influential and quaint neighborhood. Like most buildings in Germany this building was old and reminded us of Hogwarts. We traveled back and forth across the bridge that took us over the River Rhine. The setting was picturesque, but we were on a time line for school registration. Ahhhh.

We finally found the school, but it was closing time and of course had to come back the next day, which meant staying the night in Heidelberg. So we made the best of it, the boys and I headed to the Orchid Royal Thai restaurant. We had spotted it during our lost hours and hadn’t eaten anything since breakfast. It was so wonderful and made me look forward to seeing my mom and eating her Thai cooking.

The next day was long and Nick was able to snag the last room in the old dorm across the city where the old school was located. This was it! Nick got his apartment keys, met some of  the other students, and we were saying our good-byes. As I drove away I looked in the rear view mirror and watched as Nick became smaller and smaller. It wasn’t good-bye forever, but it was good-bye to an old chapter in life for our whole family. 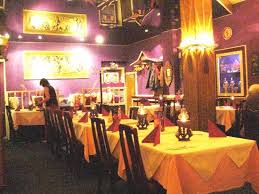 Our last dinner was spent here. The place was great on food and ambiance.

This is the new building for Schiller International University

3 Comments on “The Journey Home: The Trip To University”